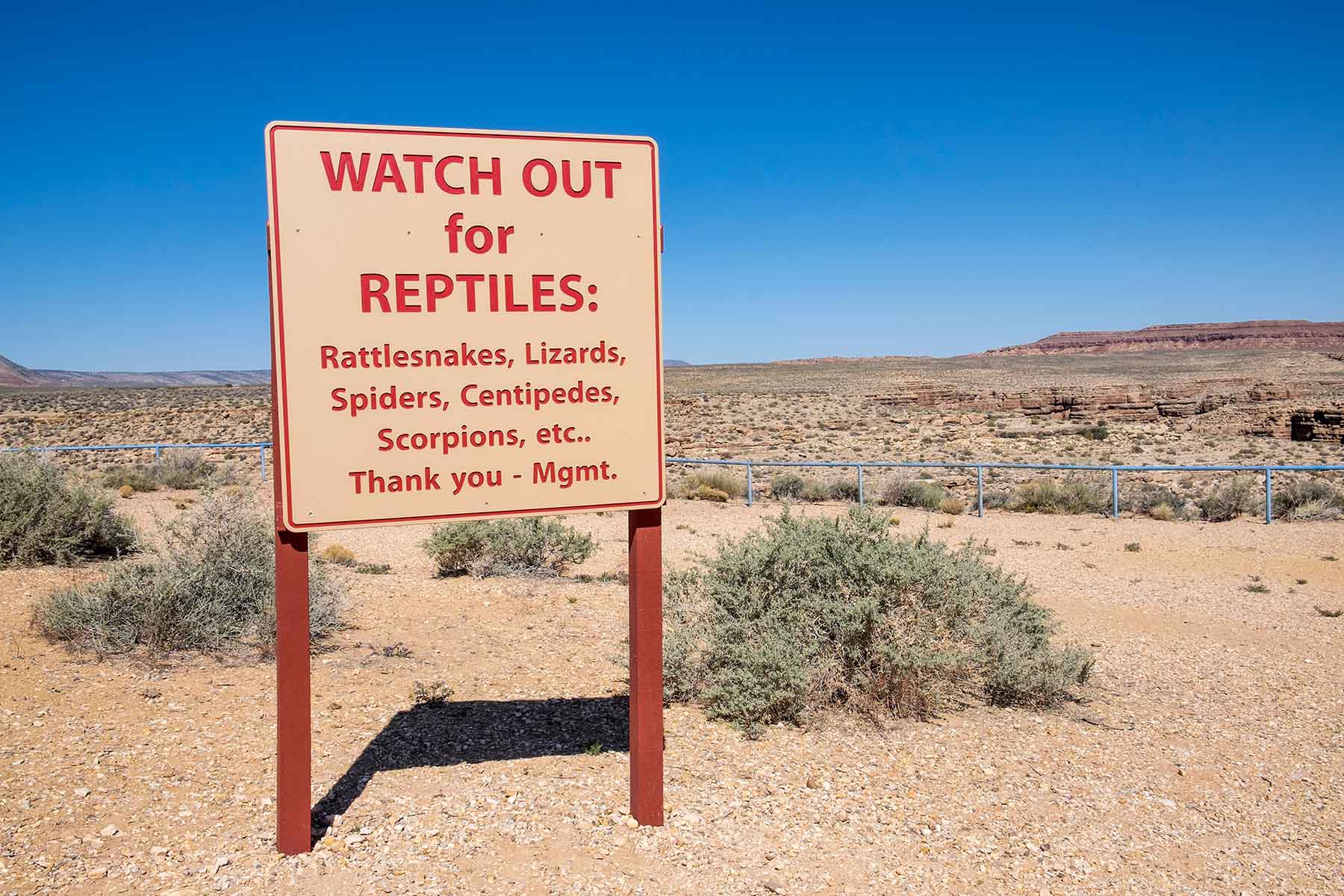 * This blog contains images of the poisonous creatures that we want you to be careful of, so if you are not a fan, best to look away now

After hearing the story of the black widow spider being found The Springs only last week, we thought it would be the perfect time to get us all up to speed about the wildlife that lives here, what to look out for and how to deal with any rare emergencies. When we come to live in Dubai as expats, we often do not consider the wildlife that might be awaiting us. Most creatures in Dubai are harmless, but there are a few to be aware of.

Most spiders here are completely safe, but there is a couple to watch out for: 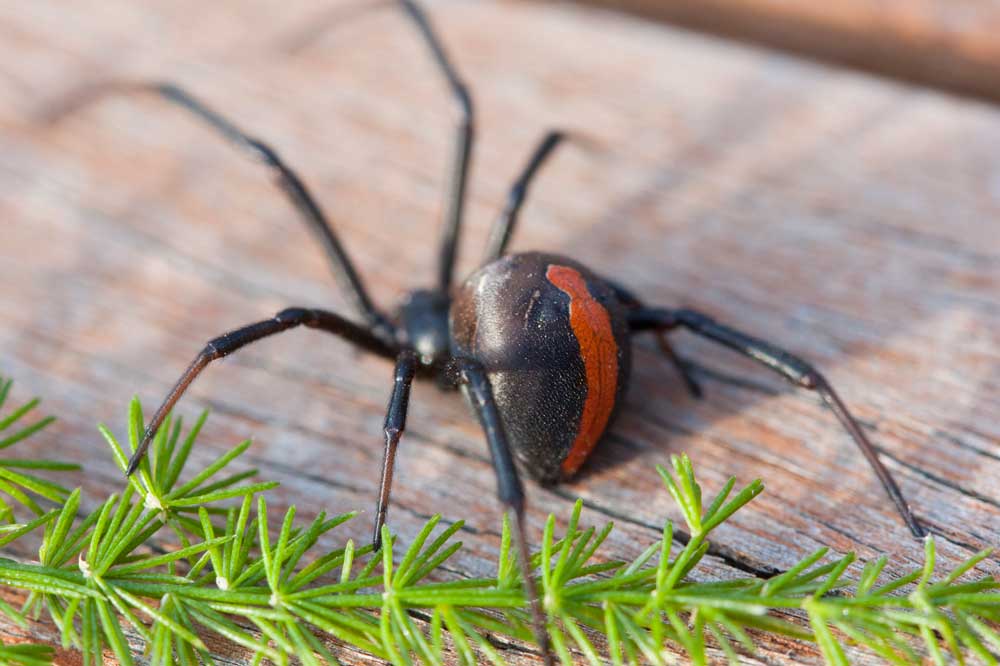 Redback spiders were imported from Australia, and you can identified from a stripe of red down its back and they can be found making homes in gardens, near communal pools and actually inside people’s houses. The female is only 1 centimeter long, with the male being half the size, and the stripe on its back can be solid or broken, with more red underneath in an hour-glass shape. Bites occur when people pass close by the females web, or if one has crept into your shoes or bed. The bite is poisonous and must be treated with urgency, by going to the nearest government hospital where they will treat you with anti-venom. Apply ice for pain, but do not apply compression bandaging, this can make the venom spread. There have been no reported deaths in UAE from this spider bite, but be vigilant, and if you spot one around your garden or home, contact the municipality right away for pest control. 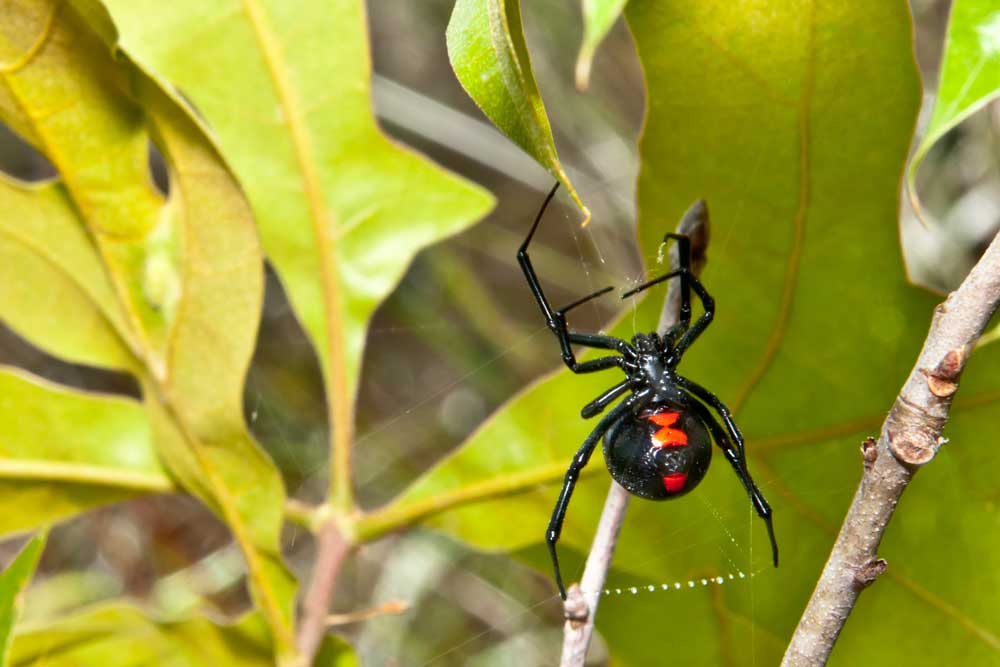 This spider will be top of the list for those who fear these little critters, but you would be incredibly unlucky to meet one here, let alone be bitten. But with one reported case only last week in The Springs, it pays to be on alert and know what to look out for. Identified by the red coloured, hourglass-shaped mark on their abdomens, and contrary to popular belief, most people who are bitten suffer no serious damage. But bites can be fatal but usually only to small children, the elderly, or the infirm. Fortunately, fatalities are fairly rare; the spiders are non-aggressive and bite only in self-defense. In most cases, not even touching one is enough to get it to bite you. One study, published in the journal Animal Behaviour, found that black widows usually only bite if they’re pinched along the entire length of their bodies (as in being crushed). In the study, repeatedly poking the spiders with a finger did not warrant a bite, but instead led to them running away. Bites have been known to cause nausea, muscle aches, and even mild paralysis, so like with the Redback, get yourself to a government hospital like Rashid Hospital right away for an anti-venom remedy. 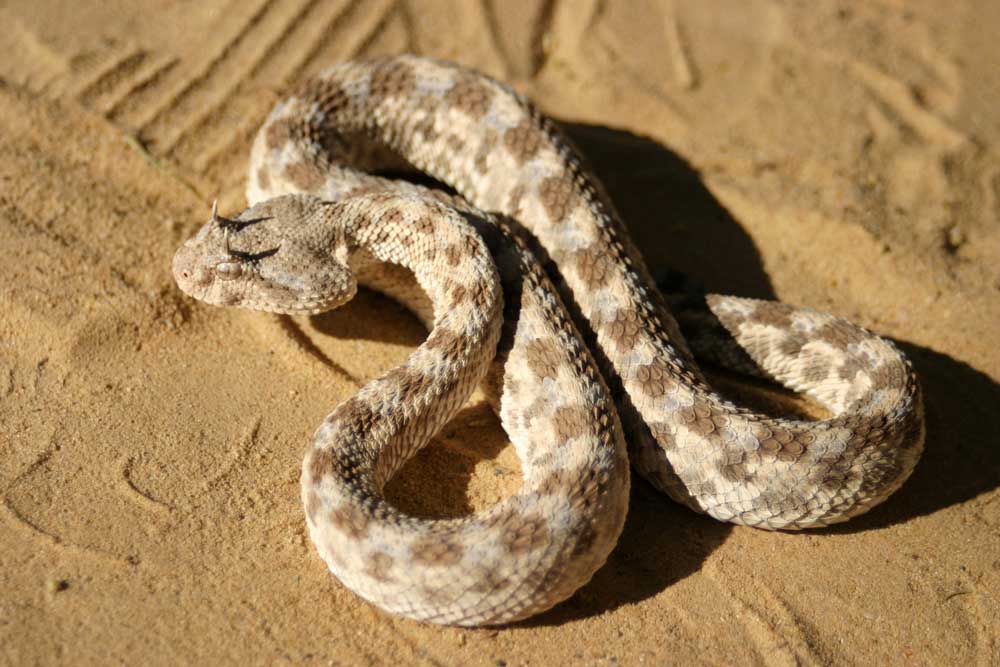 Some snakes around Dubai are totally harmless with no venom glands at all, and they have only small teeth. If you come across a Hooded Malpon snake or a Cat Snake near the mountains, these are only slightly venomous, and bites are usually treated with antihistamines. The ones to watch out for are False Horned Vipers, the Arabian Cobra, the Saw Scaled Viper and the deadly Horned Viper. They aren’t afraid of humans, but will slither away if threatened. If they will take the standard striking pose, raising its head high, ready to bite, then immediately get to a safe distance away and notify municipality immediately. Symptoms after being bitten are nausea, vomiting, headaches, stomach cramps, dizziness and possibly convulsions. If someone is bitten, take them directly to a government hospital as their venom can be fatal. 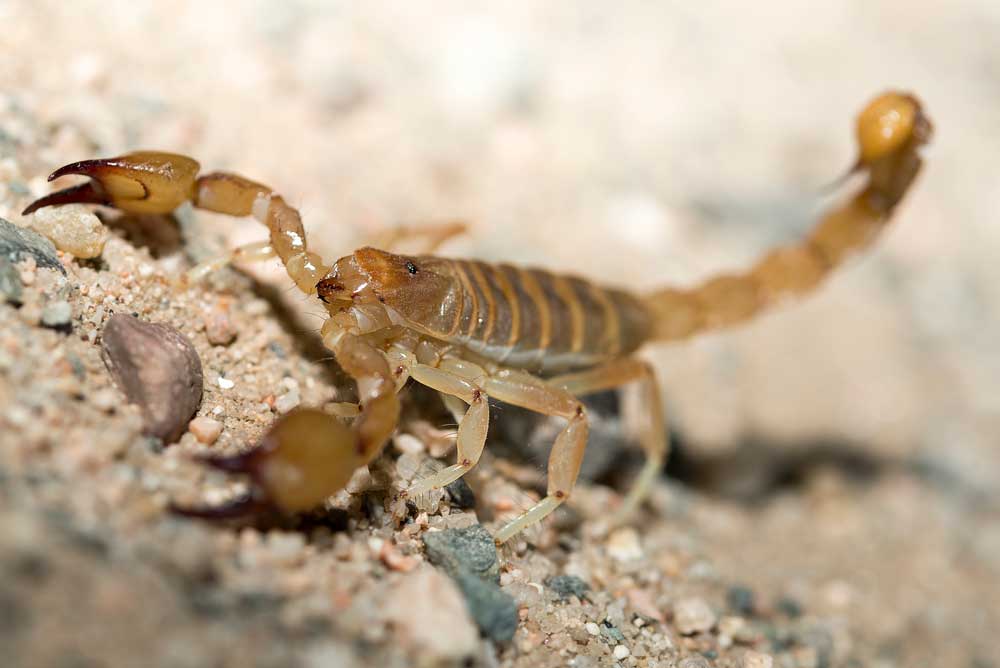 The little creatures can give a nasty nip from their from claws, just like crabs, and they have a small venomous sting in their tails. Scorpions are found in Dubai and indeed the whole United Arab Emirates, but none are thought to be venomous enough to be fatal. Most scorpion stings can be treated easily with over the counter medicines at pharmacies. But if you get stung, it is always better to seek medical attention just to be safe, but especially so if it is a child or the elderly.

I hope this article gives you the confidence to deal with any situation where you come across something potentially poisonous. Make sure you identify your nearest government hospital and always keep an eye out around your house, garden and community – reporting anything to the municipality that you are unsure about.